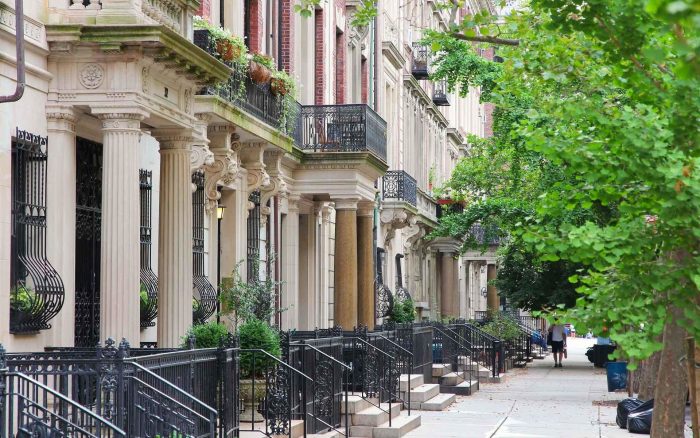 Each neighborhood in New York City has its unique attributes and character. The Upper West Side is no exception. This iconic neighborhood has plenty to offer in terms of parks, world-renowned museums, restaurants, and a glimpse of what the day of a typical New Yorker looks like. In this article, we’ll explore some of the most exciting things to do on the Upper West Side of NYC.

What is the Upper West Side of NYC?

What are the Best Things to Do on the Upper West Side of NYC?

Covering more than 800 acres, Central Park is New York’s largest and most historic park. It is also one of the most photographed places on earth! It is a wonderful place to explore on the Upper West Side and offers a great contrast to the concrete jungle surrounding it and the hustle-bustle of NYC life. The world-renowned park borders 5th Avenue to the east, 59th Street to the south, and 110th Street to the North.

Depending on the season, there are various exciting things to do at Central Park. Some of the most common include riding bikes, rowing boats, sunbathing, ice skating, viewing cherry blossoms, and sword-fighting classes. There are numerous playgrounds in the area including tennis, basketball, and volleyball courts, as well as baseball fields.

Catch a Show at Lincoln Center

New York City has long been known for its vibrant arts culture. The Lincoln Center is one of the best places to visit on the Upper West Side of NYC. The entertainment hub is home to various theater, dance, and music organizations such as the Metropolitan Opera, the Juilliard School of Music, the New York City Ballet, and the New York Philharmonic.

The Lincoln Center offers spectacular scenes at night, particularly the well-lit stairs and outdoor space. Catching a live performance at the Lincoln Center should certainly be on your bucket list whether you’re visiting the Upper West Side for a few days or a few weeks.